To celebrate Save The Children’s Christmas jumper day, the pupil council challenged classes to make real Christmas jumpers using as many recycled or sustainable materials as possible.  Room 12 used it as a learning opportunity to “respect other people’s choices”. And I’m sure you will agree the results are fabulous.

As part of their topic work, pupils in Room 3 have been exploring ‘Colours and Textures’ using the story of the Wizard of Oz as their inspiration.

Here are just a few of the activities they have explored so far as they journey along the yellow brick road.

Last Friday, we held our whole school Big Pasta Creativity Challenge Day. Lots of activity ideas for both home and school were posted on the Whole School Events google classroom, but here are some pictures of just a few things that staff and pupils got up to on the day!

Are you ready for our Big Pasta Creativity Challenge Day on Friday? There will be lots of fun activities posted on the Whole School Events google classroom and you can join in the fun at home and school.

And to get you ready for the big day, why not have a go at the pasta rap song by following the link below!

Class 10 have been very busy working on their maths, making story props for this week’s class story and working on our music project.

Everyone loved having the opportunity to play on a piano in the classroom.

Sitting together, we listened to our story from the whiteboard which everyone enjoys.

This week in school Room 5 have been learning about Guy Fawkes.

To mark this celebration we watched a short animated video about Guy Fawkes https://www.youtube.com/watch?v=qGJ5G4UNFJI

We also created our own firework pictures. We think our night sky guy Fawkes picture are really effective.

Why do we learn about Guy Fawkes and the Gunpowder Plot?

In England, in 1605 during the reign of James I, an act of treason was planned that could have changed the course of our history. At the last moment, the Gunpowder Plot was foiled, and now we commemorate the traitors – and in particular, the scapegoat Guy Fawkes – every year with Bonfire Night!

Who was Guy Fawkes?

Guy Fawkes (1570 to 1606), also known as Guido Fawkes, was one of a group of Catholic plotters who planned, but failed, to blow up Parliament – now known as the Gunpowder Plot of 1605.

What was the Gunpowder Plot?

At the time, King James I was on the throne. England had broken away from the Catholic faith and the Church of Rome in Henry VIII’s reign (by 1536), but there were still many Catholics in the country. Guy Fawkes joined up with a group of thirteen Catholic plotters, led by Robert Catesby, who planned to overthrow the King and put a Catholic monarch back on the throne.

The plotters rented space in the cellars of the House of Lords and filled it with gunpowder. Guy Fawkes was put in charge. They planned to set off the gunpowder during the opening of Parliament, on 5th November 1605. One or more of the plotters, however, were worried that some of their fellow Catholics and friends would be at the opening and get caught in the explosion, and wrote to warn them not to be there that day. We know that a certain Lord Monteagle received a letter warning him to go to the country because Paliament would “receive a terrible blow”. Lord Monteagle showed the letter to the King, and the cellars were thoroughly searched and Guy Fawkes caught.

After several days of horrible torture, Guy Fawkes gave up the names of his fellow plotters and eight of them went to trial in January 1606. All were found guilty and executed in the terrible fashion of the times.

On 5th November 1605 Londoners were encouraged to celebrate the King’s escape from assassination by lighting bonfires, provided that “this testemonye of joy be carefull done without any danger or disorder” – and indeed an Act of Parliament soon followed, declaring 5th November as a day of thanksgiving throughout the country for “the joyful day of deliverance“.

When we celebrate Bonfire Night now, it seems very far removed from the events of four hundred years ago! For centuries since then, communities have come together to build a big bonfire and make an effigy – a model – of Guy Fawkes using old clothes stuffed with newspaper, to burn on the bonfire (see Penny for the Guy).

Fun fact: When you use the word “guy” in your sentences, have you thought where it comes from? The “guy” tradition of Bonfire Night gradually found it’s way into our language, and by the 19th century the word “guy” was used to refer to a strangely dressed man. From there it was adopted into American English to refer to any man, and is of course still commonly used today!

Our morning and afternoon nursery children at Howes Road have been very busy since starting Nursery this term. Many have been showing an interest in vehicles and we have been listening to stories and songs about cars, buses and other things that help us to move around. A favourite song is ‘The Wheels on the Bus’ and great fun has been had playing the desk bells which sound like the bell on the bus. Some children have been using vehicles in the paint and looking at their tyre tracks. Others have been exploring the paint with their fingers. The garage and toy cars have proven very popular as the cars go up and down ramps whilst some children have been exploring cause and effect steering wheel toys or completing puzzles.

We also made lots of playdough as part of a group and have been using transport cutters to make shapes of planes, cars, trains and motorbikes. Some have been rolling the playdough in their hands and squeezing it as it is lovely and soft.

Here are some fun activities for you to try at home this week.

Remember, we’re always delighted to see what you’ve been doing so please, feel free to share you photos and videos with us either through the school Facebook messenger page, your child’s class teacher or email adunnett@aberdeencity.gov.uk

Story Of The Week: The Rainbow Fish by Marcus Pfister

This week’s story is a wonderful shimmering underwater adventure – The Rainbow Fish.  Troughout this story, the Rainbow Fish gradually realises the importance of friendship and sharing!

Using the link below you can watch and listen to the story:

The book study below has some great activities for you to try at home based on the story.

Links and additional documents to support the activities can be found below:

This recipe can also be found at https://www.bbcgoodfood.com/recipes/easiest-ever-biscuits

In keeping with our Story of the Week, The Rainbow Fish, why don’t you have a go at some more of our Rainbow inspired science activities?

Here is a learning grid for Life Skills.  It contains 16 activity ideas for you to help develop and promote your child’s independence in a range of household and life skills tasks.

Here is a learning grid for Getting Active!  It contains 16 activity ideas for you to help promote physical activity both in and out of the home on a daily basis.

These activity are only suggestions and we would recommend completing one activity each day.  However, we would love to see what other creative ways you and your family are using to Get Active daily!

Links to YouTube Channels and websites can be found below.

On Wednesday all the boys in room 5, were invited to a picnic in Duthie Park. The picnic was hosted by the class bear Bucky! Bucky has been going home with the boys at the weekend to meet their family and have adventures with them. To say thank you he decided to host a picnic were all the boys could bring their favourite stuffed toys (even the staff brought theirs). Bucky and the boys all had an amazing time eating lots of different food and getting to meet their friend’s teddies. Bucky Bear had the best time ever as he loves getting to meet new people and go and lots of different adventures! He will remember this picnic forever and can’t wait to plan another one! 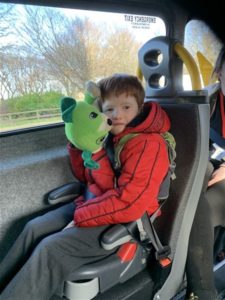 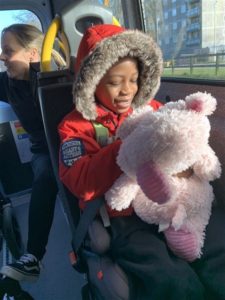 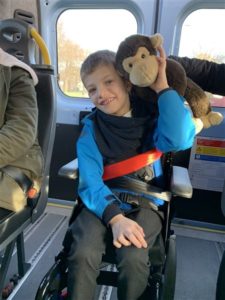 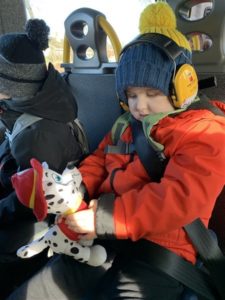 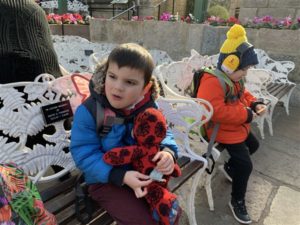 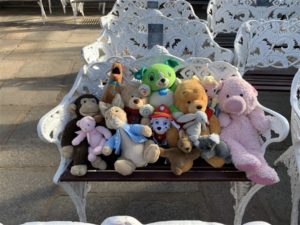 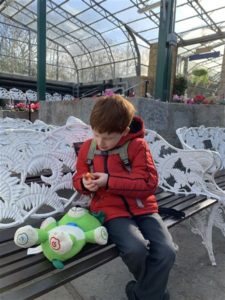 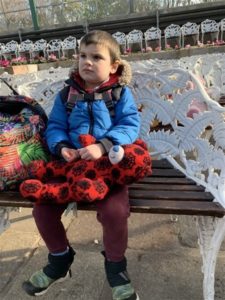 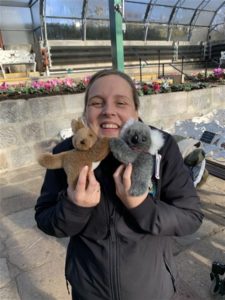 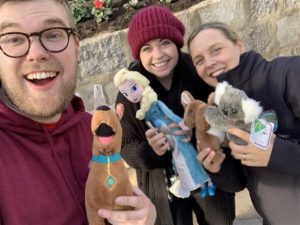 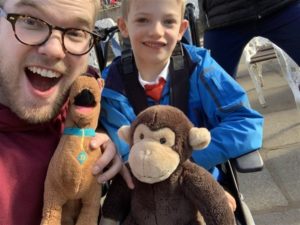 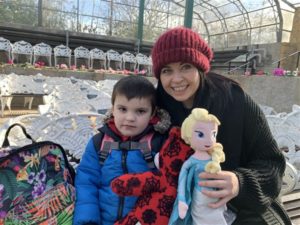 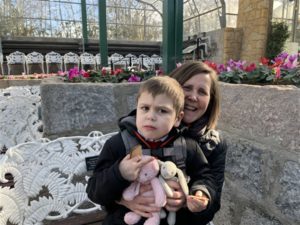 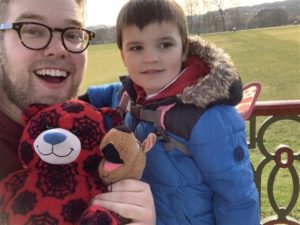 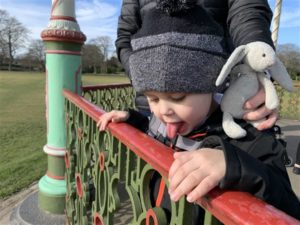 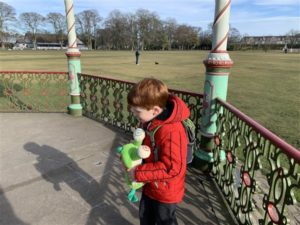 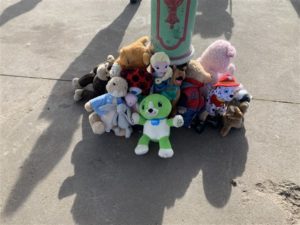 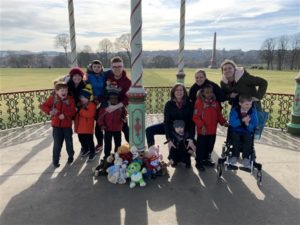 The topic, All About Me, provides children with the opportunity to answer the all-important question “Who Am I?”. Activities as Self-Portrait, Facts About Me, My Opinions, Me Poem, My Hands Can, and Me Recipe are just a few of our planned activities for this term.

One of our favourite activities has been The Self-Portrait.

STEP 1:  We pre-cut the body parts of the people from the magazine or internet pictures.

STEP 2: The pupils took a ‘look’ in the mirror and determined what they like best about themselves – a great exercise for building character and self-esteem!

STEP 3: The children got a piece of card and glue. They created a cubist-inspired collage by assembling and gluing eyes, noses and lips from multiple angles. 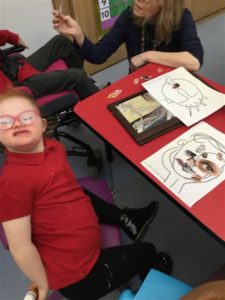 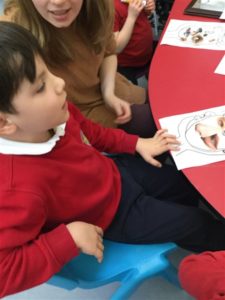 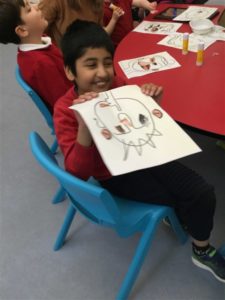 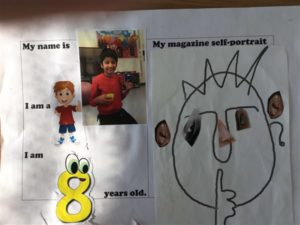 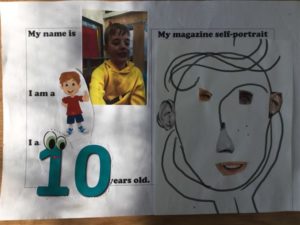 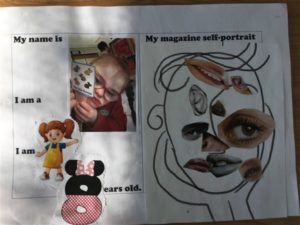 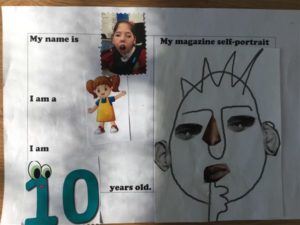 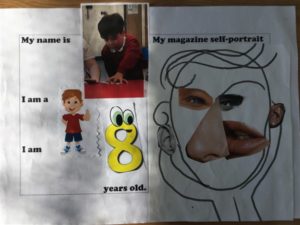 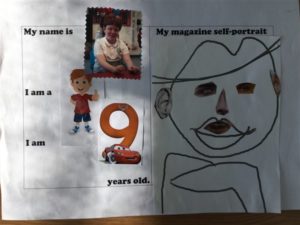 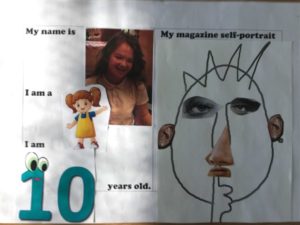